Do You Really Need A Music Manager?

Do You Really Need A Music Manager?

A music manager can be a great person to have in your corner when the time is right.  You see, when I started out in this business, way back in the day, there wasn’t an internet or any way to really connect with people quickly like you can today with social media and using Google search. There was just the good old telephone, pen, paper and a Yellow Pages (a book that was basically our internet). Yeah I’ve been around for a minute. We had to do detective work to make connections and sometimes that took a long time and became expensive (travel, face to face meetings, preparing demo tapes for different meetings, etc).

I spent every second of every day researching my best options for connecting with people who might be able to help me find my way in the music business. I networked constantly, did auditions for talent shows, co-wrote with anyone who would write with me and searched out music managers, record labels, studios, lawyers, promotion companies and more. I was full time. I was hungry and driven for success and I met with anyone who would meet with me and listen to my music. I was also lost and just wingin’ it. It was extremely difficult back then. However, my experiences built serious character and strength. I learned the music business, like so many others, the hard way.

Be Your Own Music Manager First

I really thought if I had a manager I would be on my way to the top. That’s all I needed.

Nobody will do a better job at managing you than YOU. When it comes to what you need and want nobody has your back better than you do. I became my own manager for years. I dedicated my time and energy to help one person…me.  I spent my time building a small production business and was making a small living with music before anyone stepped in to manage me.

You see, I am not saying a manager is useless. I am sayaing that until you have a business to manage you don’t need a manager. You need to start that business and get it going. Get out there and meet people. Network…Network…Network.

Give A Music Manager Something To Manage

When you get to a point where the music is right and you have been building a catalog that represents your best work and you have exhausted all your contacts then maybe the time will be right for someone to step in and take over. Get out there and collaborate with other singers, songwriters and producers.

After years of meeting and collaborating with tons of other songwriters and musicians just like myself I had a repertoire of music to play for people that I was pretty proud of. I tagged along one day with two friends I had been writing and recording with. One of the guys was friends with an attorney Brad Rubens who was working with new up and coming superstar producer Rodney Jerkins and Hip Hop group The Roots and he agreed to hear what we were working on in hopes that he may be able to help us figure out what to do with the project. After meeting and getting some production advice from him, I kept in touch with him and sent him new productions I was working on. One day after receiving one of my demo cassettes, I got a call that changed everything for me.

After recognizing I had indeed followed all of his advice that year, Brad recognized my potential as a working producer and offered me a verbal agreement that would end up becoming a successful 6 year business relationship. During that time we had ups and downs but my place in the music industry was solidified. Together we landed hundreds of major projects, publishing deals and I had a full on career.

We eventually came to a crossroads in our business relationship as both our career goals had changed but I now had a wealth of knowledge to help me as a I was back to managing myself. It was a strange time but eventually became a blessing to know the ins and outs of a business that I could now navigate myself. I was calling my own shots and making my own deals now.

There are pros and cons of having a manager. Managers usually have more than just you to manage. I know plenty of management companies that represent hundreds of singers, songwriters, rappers and musicians. At first it might seem great that someone who is managing other talented and in some cases successful artists wants to represent you and your music career.

However, It is very easy to get tied down to a multi-year management contract to only be lost in the shuffle.

In many instances, managers like major record labels will sign all the promising talent they can get their hands on and then wait to see which project takes off first. Those will be the ones they focus on and that might leave you in a dead end deal. On the positive side, you may be the one that takes off!

So..Do You Think You Need A Music Manager?

Sometimes all you may need are outlets and resources to take you where you wan to go.

It is easier than ever in 2017 to get ahead of the game without a music manager.

Here at MaxxBeats we help indie artists every day by providing all the music services you need including radio ready music production and professional promotion to radio and major music charts including Billboard and Beatport.

You can get all the resources you need to jumpstart your project by working with a team like ours.

We are your #1 Source for all things music industry related. Take a look around our website and send us an email if you need help completing and launching your next EP, mixtape or single!

Was this article useful? 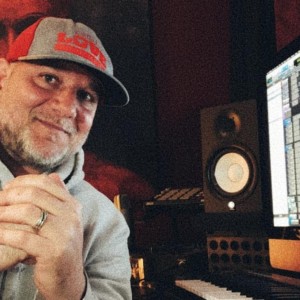