It’s a war cry that’s been bellowed for years now: “Hip-hop is dead.”

The cynical phrase has a variety of connotations, from the current absence of dynamic lyricism in pop-culture to the supposed whoring of the culture (is it culture? art? both?) by those who have no interest in its humble beginnings and history. As for the former, it’s a pinpoint of many debates these days — those ranging from contemporary radio play containing more style than substance, to the youth and flag-bearers of the musical genre declining to provide complex rhyme structures and witty lyrical salvos in their work.

If you’re reading this, it’s likely that you subscribe to one of two parties: those who believe the era of lyricism in hip-hop is a bygone, golden time that has met its demise, and those who think that the current climate of rap music is simply its newest evolution, one that does not deserve scoffing or demeaning.

First, it’s probably best to confront the elephant in the room when it comes to this discussion: Is contemporary hip-hop — compared to the era of rap that was championed by the likes of Rakim, Nas, and then JAY Z, Eminem and others — really inferior in terms of lyrical content? The easy answer is “yes.”

Before you get in a huff and proclaim that I have no clue what I’m talking about (I’m trying to be objective here while maintaining a stance that does not make me look like a generational curmudgeon — a difficult feat), all one needs to do is analyze the rhyme structure of someone like, let’s say, Lil’ Yachty, and compare that with the complex standard of an artist whose heyday has passed — let’s say MF DOOM — and you’ll come to an educated conclusion that, yes, “lyricism” in its most standard and accepted definition is no longer an attribute at the forefront of today’s artist.

So, the question then refers back to the title of this blog: has the decline in the quality of lyricism in hip-hop resulted in the genre facing a overall decline in its quality?

To answer that, let’s take a brief look back at the roots of hip-hop.

When hip-hop first began, the lyrical content of the art form and culture was not really a highpoint nor was it the primary element in the budding genre. All one has to do is listen to those early records; cuts by the likes of Grandmaster Flash and The Sugarhill Gang were more about the feeling and groove of the record rather than the weaving of words.

It wasn’t until “lyricists” were born in the ’80s — Rakim was one of these initial champions of lyrical complexity — that the classification of rap music began to change. Along with the evolving sonic quality of the music, lyricism became one of the focal points of hip-hop. The art of knitting rhymes and metaphors within a fabric of intricate sonnets further intensified with the debut of Nas’ 1994 magnum opus, Illmatic. (There were other proponents of lyrical “art” in the early ’90s — Nas is just one example.)

It was around this time that the quality of a rapper’s verse gained so much importance that “lyricism” instituted itself as a primary trait of rap music. For over a decade after Nas’ debut, rappers strove to present a higher aesthetic of poetry within their music: Big Pun, the aforementioned JAY Z, Tupac, The Notorious B.I.G. and more all carved a name for themselves by delving deep inside the creative process to extract concentrated doses of high-caliber ditties. For their efforts, these artists were awarded with being labeled the kings of kings in the genre — awards, praise and skyrocketing record sales were all lavished upon them.

When did the balance of style and substance begin to shift then? Well, that’s a deeper question, one that needs a thorough examination and analysis of singular points inside the hip-hop timeline. (It’s also a question that will be explored in a future post, but for now we’ll focus on a more abstract, overall thematic artifact.) If I were to take a brief stab at answering that very specific question, though, I’d probably say lyricism began to decline with the advent of The Ying-Yang Twins. (I’m kidding… kind of.)

Beyond pointing fingers to who, what, or even when lyricism in hip-hop’s forefront (i.e. pop-culture plane) began to lessen in quality (“lyricism” as we know it is still very much alive in other subgenres of rap music), it seems like it’s the proper time to confront the basis of this post:

I’ll answer that in a moment, but first, it’s important to note that quality lyrics in rap aren’t “dead.” Kendrick Lamar just dropped another album that’s certain to go platinum, with every song on Damn charting on the Billboard 200 as of this writing. K. Dot is arguably one of the best lyricists of all-time, certainly of his generation. There’s also J. Cole, Big Sean and several other high-profile artists that maintain a high level of lyrical content while achieving commercial success.

That said, there’s a deluge of records on the radio and in the Billboard charts that wouldn’t necessarily qualify as “lyrical” in nature. (I’m going to refrain from naming specific artists, as many have done that already and I don’t think it’s quite fair to continue to point out those who aren’t able to produce fire “bars.”) If we’re to take this notion that “lyricism” is no longer a focal point in rap music — and certainly that’s still up for debate in some circles — what is the impact it’s having on the overall quality of the music?

Well, there’s a reason that I pointed out the earlier roots of hip-hop. To say that today’s hip-hop is not “real” rap music is a misnomer. Rap music started off about the “feeling” and groove rather than the lyrical content, so I think to say that today’s trap-heavy rap is getting away from the culture and essence of what the genre is, at its core, is incorrect. Also, lyricism still thrives, not only in the standard-bearers like the aforementioned Cole and Sean, but even in the Yachtys and Futures of the game.

It might not be quite to the standard that Eminem set the mark, but there’s still witty wordplay at work with many of the records being spun at top 40 radio stations. Are emcees striving to be the next Rakim or Nas? Hell no, but that’s not a terrible thing.

Like I said earlier, you can still find large amounts of lyricism if you look in the right places — top 40 radio is probably not one of those places, but to say that “hip-hop is dead” solely because the tastes of the mainstream have changed, is akin to cutting open the steak well before it’s had a chance to cook.

Instead, we should look at this current trend of “mumble rap,” trap rap and Auto-Tune, as a forecast to the next golden era of lyricism in hip-hop, one where new stars will emerge; where new methods and messages will take precedent and the art form and culture as a whole will rise like a fiery phoenix into a stratosphere that was only reserved for the van Goghs and Mozarts.

I know, I know… it’s probably much easier to be cynical about this whole thing. I mean, who doesn’t miss that time when deconstructing a verse was actually hard work?

But, patience goes a long way. Like the weather, if you truly hate something in pop-culture or the mainstream, all you have to do it wait. Or, you could write a really complex verse about it.

Maxxbeats.com is dedicated to helping the music artist develop into a superstar. With instrumentals for sale, mixing/mastering/recording services, chances at getting radio airplay and so much more, make Maxxbeats.com your first stop on the road to becoming a household name. For more information on our services, please check out our PRO MUSIC SERVICES page. 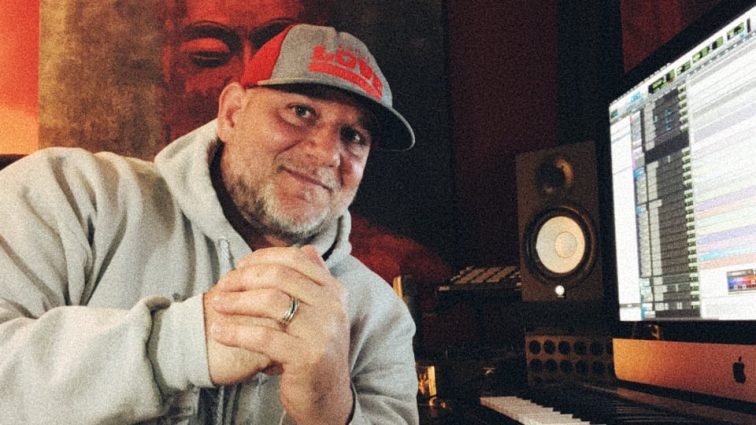 I'm a Multi-Platinum Husband, Father and CEO of MaxxBeats.com